This is Griggs Nature Preserve in Northwest Columbus: 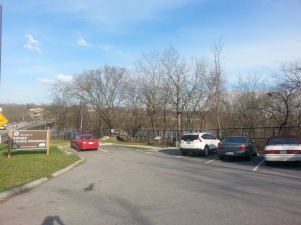 In my 17 years in Columbus, I have driven past this little parking lot adjacent to the Scioto River off of Hayden Run Road thousands of times. That is not an exaggeration. Back of the napkin math shows it’s easily been several thousand times. Whether it’s been 5,000 times or 8,000 times, I couldn’t say with precision, but it’s been a lot.

Never once in 17 years did I pull into one of the dozen parking spaces.

Griggs Nature Preserve occupies a tiny slice of land hemmed in by two major roadways, a river, and a residential area. I figured it couldn’t be much of a park. I assumed it was just a place where you could walk down some steps and peek out at the Scioto– a sliver of a river view for those without million dollar waterfront homes.

For reasons I can’t explain, I got back into my car this evening, crossed the bridge, and approached the parking lot for 4,328th time or the 6,303rd time or the 8,219th time, or whatever the exact number may be. Except this time I did so with intent.

After pulling in and parking in one of those twelve spaces, I walked down a couple dozen steps and on to an elevated wooden boardwalk. As I suspected, there was a view of the river. And the bridge that has transported me past this place time and time again. 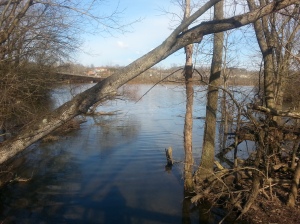 The boardwalk carried past some standing water. Not so thrilling. 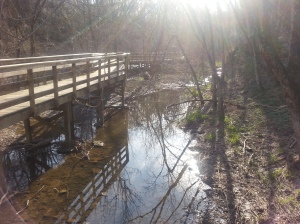 But the other side of the boardwalk revealed a rapidly moving stream heading out to the Scioto. 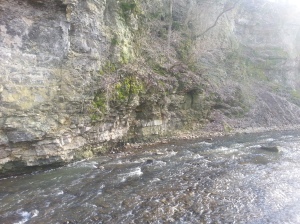 And then, at the end of the boardwalk, was the source of that stream and the feature that I heard before I saw– a wonderful 35-foot waterfall.

I stood there in its midst (and mist) for a good 20 minutes, as if trying to make up for the 17 years I never knew it existed due to a dulling daily dosage of ignorance and incuriosity.

Today, I may have found a new favorite place to think. And today, in that soothing and cooling mist, all I could think about was how much more have I missed out on? And how much more will I let myself miss?